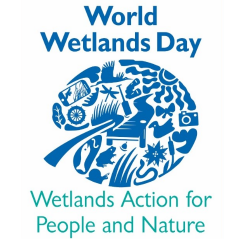 Each year since 1997, people around the globe have celebrated World Wetlands Day, on the 2nd of February, to raise public awareness of the importance and value of wetlands. This specific day marks the date of the adoption of the Convention on Wetlands in 1971, in the Iranian city of Ramsar, and is now referred to as The Ramsar Convention on Wetlands of International Importance (Ramsar Convention). It is an international treaty for the conservation and sustainable use of wetlands. The theme for World Wetlands Day 2022 is Wetlands Action for People and Nature. A call to take action for wetlands is the focus of this years’ campaign. It’s an appeal to invest financial, human, and political capital to save the world’s wetlands from disappearing and to restore those we have degraded.

South Africa signed the Ramsar Convention at its inception in 1971 and is committed to commemorating World Wetlands Day. South Africa has 27 designated Ramsar Sites, wetlands of international importance. This year’s World Wetland Day theme is especially relevant to South Africa, as more than 50% of our wetland ecosystems have already been destroyed. They are the most threatened of all South Africa’s ecosystems, with 62% of the remaining wetlands being classified as Critically Endangered. Common threats to the functioning of these ecosystems include alien invasive plant infestation, urban sprawl, damming, vegetation clearing, and direct habitat loss as a result of development and service infrastructure. Almost all of our wetlands have been subjected to one or more human impact and very few are in pristine condition. It is unacceptable that many of our wetlands are often closed to the public due excessive pollution levels harmful for humans (let alone aquatic biota). Even some of our RAMSAR sites, despite their known importance, have deteriorating ecological integrity.

Despite this widespread loss and degradation, our wetlands remain one of our most valuable ecosystems. They contribute invaluable services for climate mitigation, adaptation and biodiversity and human health. Action (in alignment with this year’s theme!) is urgently needed as management efforts are currently insufficient and wetland habitat fragmentation is increasing. There is an urgent need to apply tangible instruments through concrete actions, to increase efforts and scale up investments in wetland conservation and restoration.